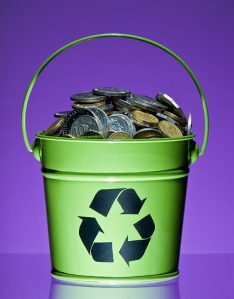 Someone recently asked me this question: Do you think we should change our lifestyles to be more environmentally friendly? Or are you more dark green, like we should drop everything we’re doing and start completely over, radically changing our entire lives? Or are neither of those solutions?

The questioner is a smart cookie, and loves the earth as much as I do. It wasn’t really meant to be a trick question, but it kinda turned out like one. I answered something like this:

“Personal changes will only take the rescue of our planet so far. I guess you would call me very very dark green, in the sense that neither of those are solutions. Our societies need to uproot the entire culture, specifically corporate and governmental, in order to revamp them for a healthier earth.”

(Don’t you love how articulate you can be when you’re recapping your own words later in writing?) I went on:

“I’m the kind of guy who thinks true revolution is in order. And I mean revolution on the scale of battling the greatest injustices of all time: Czarist Russia, Nazi Germany, Antebellum America. I’m not comparing the evils of those regimes with the evils of destroying the environment, because they’re very different. This current evil is much more subtle and complex. But destroying it will take just as much political, cooperative will power as destroying those examples I gave.

“Did you know something like 20 or 25 percent of all water and electricity are used by people individually? The rest is used in the corporate, government and agricultural worlds. Most of it could be quelled if it weren’t for mismanagement. But no one’s standing on the street corner or making movies about the gross overuse in those sectors. It’s gonna take the toppling of a way of life to put us in equilibrium with nature.

“Of course I don’t see us ‘dancing naked around campfires’ again. We’ll find ways to maintain a goodly amount of our technological and social advances while not screwing up nature. But some of it has to go, certainly. And some of it we should be thankful to lose.”

The questioner was of the same persuasion. Except he had formulated all this himself, without the help of Orion magazine. I told you he’s smarterer than me.

Check out these three articles, rightly in the group of most-read articles on Orion’s website. They’re the paragon of so-called environmental writing at this point, as far as I’m concerned.

World at Gunpoint, or, What’s Wrong with the Simplicity Movement

The Gospel of Consumption – And the Better Future We Left Behind