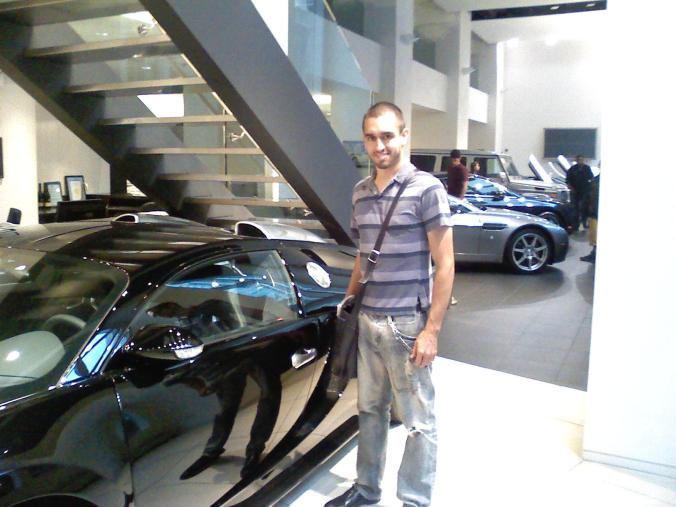 Me standing next to a Bugatti 16:4 Veyron at Gold Coast Bentley, a few blocks from my house (Rush and Pearson, Chicago). Top speed: 253 mph. Cost: originally about a million, I heard. It’s probably around $2 million now. (Photo by my mom, I think)

This article is about the fastest production car in the world, the Bugatti Veyron. The Times reviewed it because they’re releasing a topless version soon to compliment the coupe (next to which I’m standing, above).

I’m sharing not only because I followed the Veyron’s development in middle school, but because of the writing. This writer, Lawrence Ulrich, knew his audience: people who aren’t gonna buy this car. He makes them feel good inside, like, it’s OK you don’t buy this car… or even any other supercar with one-eighth this $2.1 million price tag.

He didn’t diss capitalism, or engineering, but he didn’t hawk consumerism either, which is what most car writers do. In fact he checked it. Good job, Mr. Ulrich.

(And thanks for putting in the green-car plugs. You know where the world’s going.)

One thought on “World’s biggest egotrip”